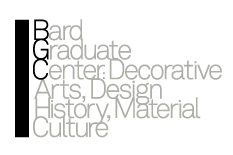 On April 25, I’m talking about “Putting Harlem on the Map: Visualizing Everyday Life in a 1920s Neighborhood” as part of the Mapping New York Symposium being held at the Bard Graduate Center.

New York has long fascinated image-makers in all genres of the visual and textual record. “Mapping New York” will be a symposium devoted to thinking and talking about visual representations of New York over several centuries and on into the future. The morning speakers will highlight several innovative new media projects–Hypercities, Digital Harlem, and Mannahatta2409. The afternoon will be devoted to presentations and discussion of the BGC Focus Gallery exhibit “Visualizing 19th Century New York” (Fall 2014) about the visual experience and spectacle of nineteenth-century New York City. The entire day will focus on spatial history, new media visualizations, digital history, and the history of New York City.