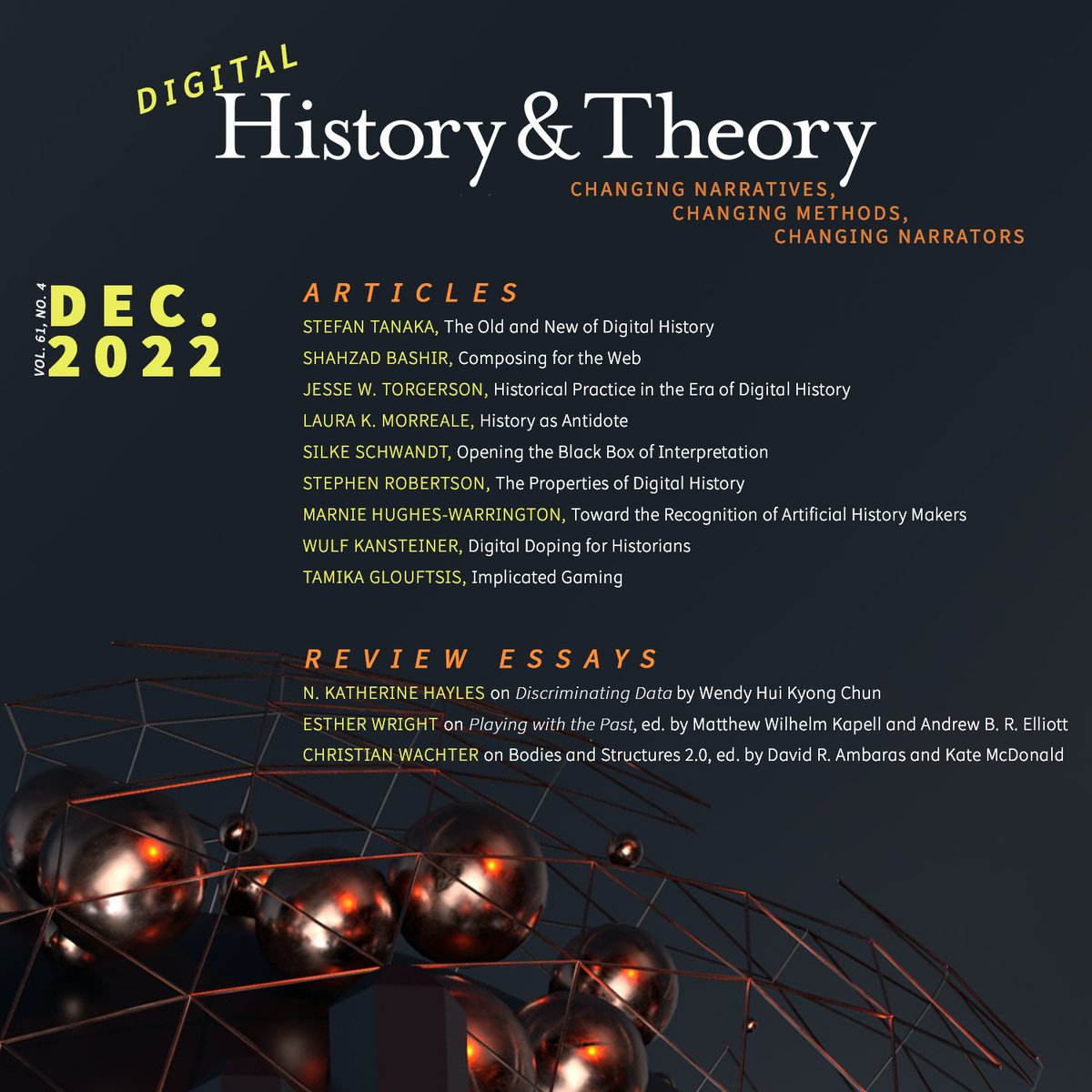 The Properties of Digital History

My article “The Properties of Digital History” appeared in the December 2022 issue of History and Theory. It originated in an invitation from Jesse Torgerson of Wesleyan University to participate in a virtual roundtable, What Makes History Digital?, on May 6, 2022, together with Sean Gilsdorf, Laura Morreale and Silke Schwandt. After that enjoyable and thought provoking conversation we were invited to contribute to a special issue of History and Theory; the editors of the journal are also based at Wesleyan.

For the roundtable I had been asked to speak about the Models of Argument-Driven Digital History project on which I had collaborated with Lincoln Mullen. We’d already said all we had to say about that topic for the moment, so for the special issue I instead elaborated a response to questions raised during the roundtable, about how the more we had talked about digital history, the less clear it was just what it was. There are already plenty of definitions of digital history, even if far fewer than the seemingly endless discussions of the definition of digital humanities, but as more work has been done they have expanded into catalogs of various methods and approaches that leave unstated what tied that variety together beyond the use of computers. After unpacking a variety of projects to identify structures of argument in digital history, and framing how the concept of my forthcoming digital publication Harlem in Disorder fitted in and contributed to work in the field, I had come to think of digital history in terms of two core properties that proved useful enough in the roundtable discussions to seem worth elaborating for the special issue.

The article also captures how my recent thinking about digital history has to some extent come full circle, or at least returned to ideas that dominated discussion in the 1990s before dropping from sight in the early 2000s – Janet Murray’s concepts of additive and expressive forms and the idea of hypertext. Teaching a new course on Digital Scholarship this semester, which explored digital forms for the presentation of historical scholarship, reinforced my sense that much of digital history remains wedded to the forms and practices of print scholarship – additive in Murray’s terms. Hopefully the article encourages discussion of how we might re-imagine those approaches in terms of what the digital medium offers.

Thanks to Jesse Torgerson for thinking to include me in the roundtable and Shahzad Bashir and Shane White (via Zoom, from his retirement!) for thoughtful comments on the manuscript – and Lincoln Mullen for talking through these questions with me over the last several years. Also thanks to the Virtual Library of Virginia (VIVA) whose agreement with Wiley means that the article was published open access.