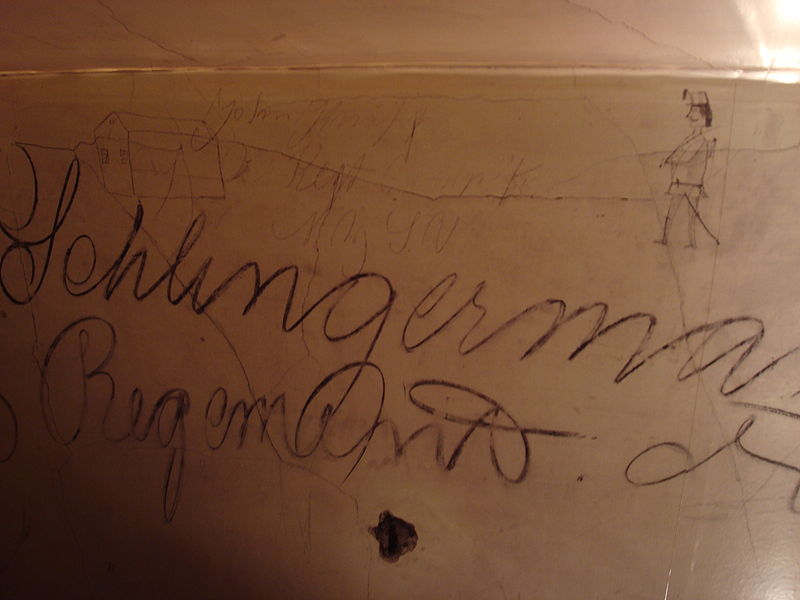 This course is my version of HIST 390, the course first developed by Dan Cohen, which satisfies George Mason University’s general education IT requirement.  It has to include a range of topics that I would not normally explore at length in an undergraduate digital history course – security, preservation, copyright — and be tailored to a class that will include students from freshmen to seniors, many of whom are not history majors.

For the broader material that fulfills the IT requirement I’ve relied heavily on Dan’s syllabus and those developed by the other talented teachers here at Mason who have taught the course since it was introduced in 2010: Mills Kelly, Sharon Leon, Erin Bush and Amanda French.  Giving the students a sufficient grounding in historical method and historiography to allow them to complete a project, in addition to meeting the IT requirements, is a challenge. Sharon spoke eloquently about this issue at the AHA conference earlier this year, in the session on Doing Digital History with Undergraduates. Rather than allowing students to choose the topic of their project, or limiting them to a particular topic area, I’ve opted to provide the topic, including a core set of primary sources. I’m limiting what they will learn about research — although I’m still asking them to supplement the documents and secondary sources I provide — in order to ensure that the projects are focused and manageable, that the group is working on similar sources and questions, and that students have material to which they can apply the various digital tools that we are going to explore.

The particular topic of this course is a product of serendipity.  My daughter had to do a project on a historic site for her AP US history course. I mentioned the project to Sharon, who suggested Historic Blenheim, a local Civil War museum and farmhouse featuring graffiti by Union soldiers. When we visited the site, I fell into conversation with Andrea Loewenwarter, the museum’s Historic Resources Specialist, who showed us the material that she and a team of volunteers had gathered about the 120 graffiti writers that they had identified. She was interested in exploring how that material could be presented online, and generously agreed to share the museum’s research with me and my students (the soldiers’ files are not among those that have been digitized by National Archives and Fold3/Ancestry.com).

Each student in the course will work on one soldier. I’ll provide them with digital images of the service and pension files for that individual that Andrea is sharing with us, and I’ll work on a soldier of my own. I’m doing that to put me in a better position to help the students with the problems they will encounter — and because this project lies well outside my expertise. During the course of the semester we’ll try to make sense of that material, find additional primary sources related to the soldier’s life, as well as secondary sources to help contextualize and understand those experiences. We’ll identify data to present in charts and graphs, to map, and to textmine. And from that material, we’ll each create a Omeka exhibit that tells the story of our soldier.

I’m hoping that exploring the life of an individual — having a soldier of their own — will engage the students, as will producing something that genuinely does have an audience beyond me, extending at least to Andrea and her colleagues, but potentially reaching a broader public. If this idea works, I can have subsequent classes work on additional soldiers (there are currently about 30 students enrolled in my course, so there will still be another 90 or so soldiers remaining after this semester – and there are other graffiti houses in Virginia!).