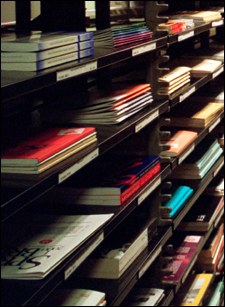 Why Are We Still Captive To The Issue?

I was very happy to have two articles appear in print this month. But one had been accepted in November 2011, the other in February 2012. My most recent article published prior to this month appeared in September 2012, having been accepted in January 2011. To call such a lag out of place in our current digital environment seems a dramatic understatement. I’m not concerned here with the peer review process (which covered periods of six months to just over eighteen months for these pieces) but with the publication process. These articles sat for months stretching to years after peer review was complete. Some of that delay was for the important and necessary tasks of copy-editing and checking proofs; the lead time required by publishers and printers imposed some additional delay. But most of it resulted from waiting for space in an upcoming issue.

Placing that much emphasis on the issue as a vehicle for delivering articles seems out of sync with the way scholars now access academic journals. I had long since stopped consulting the journal issues on my shelves when I consigned them to the recycling bin as I packed for my recent move. Like almost every journal in my field, they are also published online, and it was faster to find the article I wanted through one of the databases or online subscriptions available through my institution’s library. By the time print editions of each of those issues arrived in my mail, I had already been alerted to their content by email, had skimmed the contents online, and read (and/or downloaded) the articles and reviews that interested me.

One of the journals in which I published has moved to shorten the lag by publishing pre-print versions of articles online. However, the pre-print appears only a few months before the print issue (in my case, five months, or sixteen months after the article was accepted), on a schedule that reflects when they will appear in print as much as when they were accepted for publication. Links to the pre-print versions do resolve to the published version, but the pre-prints appear without page numbers, limiting how they can be used.

Some journal editors defend the issue as a vehicle that adds to an article, as Ethan Kleinberg of History and Theory does here, in arguing that it provides “coherence and thematic inflection.” I can certainly think of thematic issues or sections that add extra levels of meaning to individual articles, but in my reading and fields these remain an exception rather than the norm. Kleinberg labels a practice of delivering individual articles rather than issues as an “iTunes model of distribution.” It’s worth dwelling a little on that analogy: iTunes has led to increased sales of singles rather than albums, but music is still available as albums, and purchase of a single does direct attention to the album from which it came [1].  Publishing individual articles and issues doesn’t need to be an either/or choice.

[1] The shift in purchasing from albums to singles has had an impact on the income of performers and record companies, with additional sales of singles not matching income lost through declining album sales. De-emphasizing the issue in academic journals would not have a similar impact as access to content generally requires a subscription, whatever form it is delivered in. Sage, the publisher of a journal in which one of my recent article appears, and others, do sell individual articles, but for prices that would deter most academic readers and as such represent little threat to subscription rates.

2 thoughts on “Why Are We Still Captive To The Issue?”