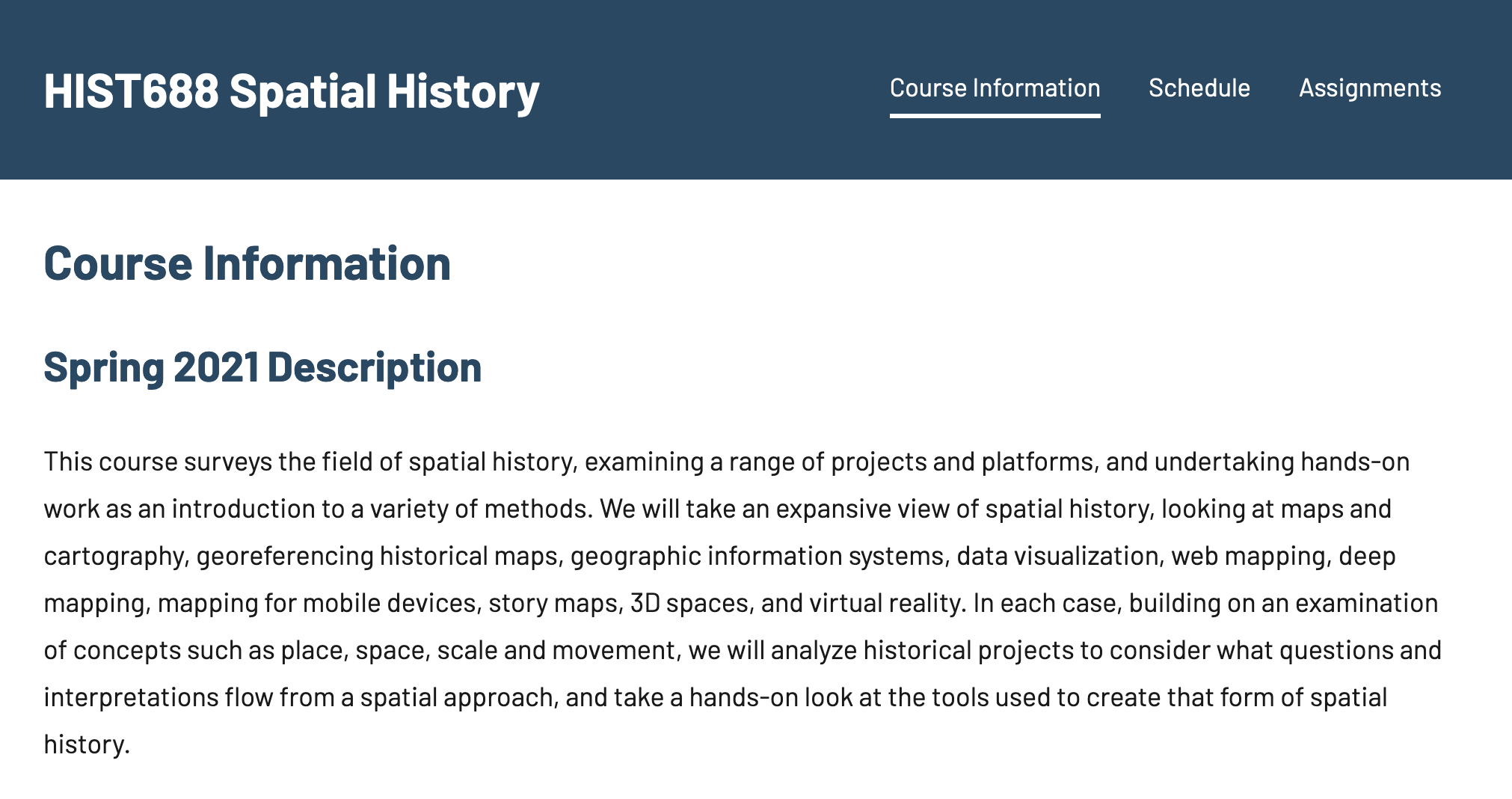 This semester I will be teaching a new graduate course, Spatial History. I’ve been finding my way in this field since we began work on Digital Harlem over ten years ago; I’m well overdue to pull together what I have learned into the kind of broad picture that teaching requires.

My thinking on how to organize a course on spatial history has changed over the couple of years I’ve been looking toward this semester. I began with a vision focused on hands-on work with a variety of tools and approaches, coupled with the analysis of examples of projects using those tools. That framework assumes a limited amount of scholarship, much of which does not make explicit arguments, requiring an emphasis on considering the potential of spatial history as an approach. However as I pulled together material, and worked with GMU graduate students doing minor fields in digital history, it became clear that there is a body of spatial history scholarship that needs to be examined as a field of study.

For this iteration of the course, I eventually settled on a hybrid approach: a focus on scholarship with more limited hands-on work, mostly organized around approaches to spatial history rather than themes or topics (although we end with weeks devoted to movement and sensory maps). I suspect that I’ll move future iterations to a more thematic focus; I’ll be asking students to think through this issue with me this semester.

Several weeks cover approaches that I would not have included in the course several years ago: 3D and augmented reality (which is beginning to move spatial history beyond the map); and sensory maps (of sound and light; I could not find not find historical scholarship anchored by a smellmap). One approach missing, as I could not find sufficient historical examples for a class session, is text mapping, based in named entity recognition, an approach becoming more prominent in digital literary studies.

I share this syllabi with a shout out to those whose courses I drew on for inspiration: Lincoln Mullen, Cameron Blevins, Anelise Hanson Shrout and Shannon Mattern.